ABOUT PANAGBENGA – THE BAGUIO FLOWER FESTIVAL

Panagbenga is an annual flower festival celebrated every February which takes place in Baguio City, Philippines. The term “Panagbenga” comes from a Kankanaey term meaning “season of blooming”. This festival reflects the history, traditions and values of Baguio and the Cordilleras. It lasts over a month long and flourishes through community spirit involvement.

The Panagbenga Festival shall be known as the “BEST FESTIVAL” in the Philippines becoming the benchmark for excellence in the conduct of other festivals in the Country.

The Birth of a Tradition

It all began when lawyer, Damaso E. Bangaoet, Jr., John Hay Poro Point Development Corporation (JPDC) Managing Director for Camp John Hay, presented to the Board of Directors of JPDC the idea of their spearheading the holding of a flower festival in Baguio City. The Board, then led by the Bases Conversion Development Authority (BCDA) Chairman Victor A. Lim and JPDC President Rogelio L. Singson, approved the project immediately. It was also decided that the Festival be held every February.

From the very start, JPDC saw itself as the initiator, not the producer of the Festival. Consequently, its strategy was to present the idea to the various sectors of the community: government, education, business, media and civic organizations. This was not only to solicit their support, but also to gather their suggestions and ideas. Their response was generally warm and immediate. The idea had fallen on fertile ground and grew as a wellspring of community support fed resources into the project. The Baguio Flower Festival was an idea on its way to becoming a reality.

Making the idea a reality fell into the hands of the BFF Secretariat which was chaired by Attorney Bangaoet and manned by JPDC staff and volunteers led by Eric Jonathan Picart. In addition, an advisory group of flower enthusiasts like Rebecca Domogan, Gloria Vergara, Julie Cabato, Willie Magtibay and Efren Chatto was formed. They began by creating an identity for the Festival, one that would reflect the history, traditions and values of Baguio and the Cordilleras.

In October 1995, the Baguio Flower Festival acquired a face. Its official logo was chosen from entries to the Annual Camp John Hay Art Contest. The competition was open to elementary, high school and college students of Baguio. Its theme revolved around preserving the environment with a special emphasis on the flowers of the Cordillera. Instead of a complete painting, the distinguished board of judges led by the well-known artist BenCab chose a spray of sunflowers on the corner of the entry submitted by Trisha Tabangin, a student of the Baguio City National High School.

Shortly thereafter, a Festival Hymn was composed by Professor Macario Fronda of Saint Louis University. To this music was added the rhythm and movements of the Bendian Dance, an Ibaloi dance of celebration. The Bendian dance’s circular movements speak of unity and harmony among the members of the tribe – themes that foreshadowed the coming together the various sectors of the community to bring the Flower Festival to life.

Why did this happen? Perhaps it is because in tapping the various sectors of the community, a latent sentiment in the people was touched. The people wanted a festival of their own, a festival that was uniquely Baguio in color, scope, substance and character. As the Festival took form, the people found that they could relate to its objectives. Consequently, they got involved. In fact, they were happy to help and more than willing to give of themselves, their time and their resources. In essence, the people’s involvement and participation became the life force of the Baguio Flower Festival.

Taking the lead was the local officialdom. Mayor Mauricio Domogan, Representative Bernardo Vergara and the members of the City Council endorsed the Festival. They lent not just consequence but full cooperation and wholehearted support. They were especially instrumental in facilitating the granting of permits and providing support services that created a safe and secure environment for the Festival. While this may seem part of their official duties, the enthusiastic manner in which they did it made all the difference. This level of support echoed throughout the community and inspired the people of Baguio to do the same.

In an explosion of creativity, ingenuity and cooperation, people got into the spirit of things. Children from the City’s schools joined their elders in dancing the entire parade route garbed as flowers of every shape and hue. Businessmen came up with flower-inspired products. Civic organizations and communications groups pitched in, providing manpower and facilities that made the Festival truly a community activity.

First Lady Amelita M. Ramos, graciously opened the First Baguio Flower Festival which was billed, “The Birth of a Tradition.” To underscore the Festival’s environmental, touristic, cultural and economic objectives, a full program of activities was spread over a period of nine days. They included the search for the Festival Queen, a Floral Parade with street dancing and floats; a Market Encounter which featured a garden show; a tour of Baguio’s most beautiful private and institutional gardens; Art and Cultural shows, and a number of competitions in street dancing, marching bands and floats during the floral parade as well as the Barangay Beautification Contest, Landscaping and Flower Arrangement Contests.

Before 1996 would close, the Second Baguio Flower Festival was already in the works. Drawing from their experiences from the first festival, the BFF Secretariat set out to make the festival “bigger and better.” It began with the Festival acquiring a local name: Panagbenga, which comes from the Kankanaey term for “a season for blossoming, a time for flowering.” The name was suggested by Ike Picpican, an archivist and curator of the Saint Louis University Museum.

As work got under way, it became apparent that the seeds of community participation and involvement planted the year before had grown and were now a budding. The people of Baguio were ready to celebrate the Second Baguio Flower Festival. Once more, the various sectors of the community gave generously of themselves, their time and resources. Panagbenga ’97 had taken on a life of its own!

By this time, Camp John Hay had been transferred into private hands and JPDC was joined as co-sponsor of the Festival by Baguio’s newest corporate citizen: the Camp John Hay Development Corporation (CJHDevCo). Then officer-in-charge, Frederico S. Alquiros, served as co-chairman of the 1997 Festival.

Tourism Secretary Mina Gabor graced the opening of Panagbenga ’97. In her speech, she pledged the Department of Tourism’s full support by adding the Baguio Flower Festival to their calendar of recommended activities year round. Aside from the Search for the Festival Queen, the Floral Parade, Market Encounter and Barangay Beautification Contest, the Festival included a new array of activities. One has become a kickoff activity for the Festival: “Let A Thousand Flowers Bloom.” A full week before the official opening, the City’s artists, actually anyone and everyone, men, women, children, out-of-school youth, tourists, families, even the handicapped put brush and paint to the canvas and literally make a thousand flowers bloom. Their paintings are then displayed in building walls among the main thoroughfares in the central business district.

Another new activity was “Session Road in Bloom.” For several days, Baguio’s premiere street was closed to vehicular traffic to make way for flower carts, outdoor cafes and a host of entertainment shows. In addition, to highlight an ancient art of the Cordilleras, ikat, the Baguio Flower Festival and Fashion (BFFF) was held at the Mansion House. It showcased the artistry of ikat’s premiere exponent, Narda Capuyan, fashion designer Reggie Ortega and director Fritz Ynfante. It was in line with the BFFF that another new activity was borm: the Flower Tee Golf Tournament.

As the Baguio Flower Festival evolves, new activities serve as opportunities to enrich the Panagbenga Spirit. They infuse the festival with dynamism, perspective and character as well as the unique traditions of each group or individual that makes itself or himself a part of it. Collectively, they animate the Festival: giving it color, spice, substance, character, in fact, an identity that reflects the richness of Baguio’s own culture. Moreover, the flourishing of the community spirit is the most eloquent testimony that the Festival has found a home in the hearts and minds of the people of Baguio.

Recognizing the people’s commitment to making the Festival a cherished tradition, the JPDC Board took steps to institutionalize it by establishing the Baguio Flower Festival Foundation to operate, manage a perpetuate the Festival. The Foundation was tasked to safeguard the identity of the Festival and preserve its life force, its soul… the Panagbenga Spirit.

The Panagbenga Festival through the Baguio Flower Festival Foundation, Inc. (BFFFI) is a proud member of the International Festival and Events Association (IFEA) – The premiere Association Supporting and Enabling Festival & Event Professionals Worldwide. 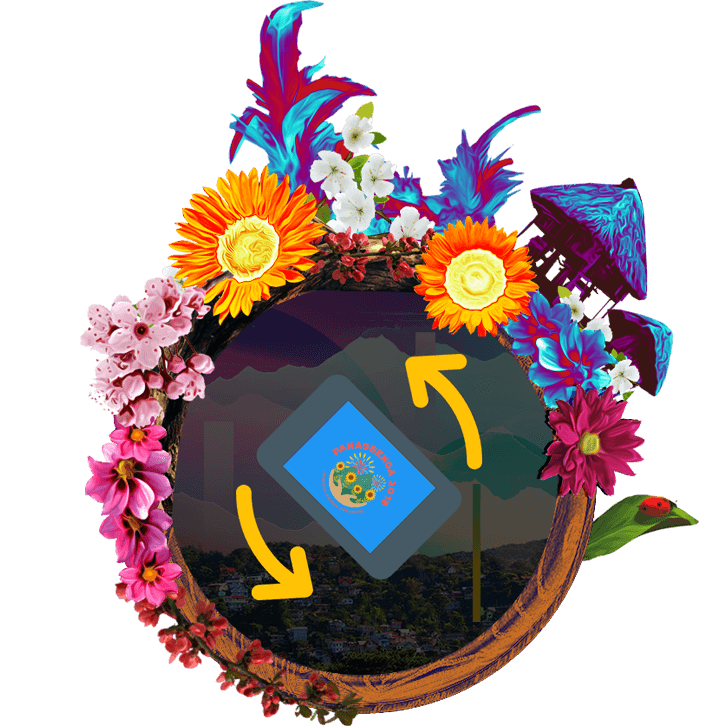